The H.C. Andersen Collection is Damixa’s tribute to a great Danish master: The world famous poet and author Hans Christian Andersen whose fairy tales have enthralled children and adults alike.

“We wanted to celebrate the traditional, old fashioned tap design. And we wanted to take it one step further with a contemporary version, operated by a single handle,” says Damixa design engineer Claus Rantzau.

He adds that it called for a delicate approach to avoid sacrificing the characteristics of a very familiar design that was common for so many years:  “The original look is kind of romantic with a touch of French country style to it. We made a great effort to keep the signature shapes, details and materials from the classic original. On the inside, however, we engineered the H.C. Andersen Collection from the ground up with modern Damixa technology inside.”

Your kitchen
and bathroom
deserves the best

The H.C. Andersen Collection’s comprehensive range of kitchen mixers, basin mixers and shower solutions gives you the freedom of choice without compromise.

Looking for a complete  shower system with overhead shower and hand shower? Or maybe a new mixer for your kitchen or bathroom? Whatever you need The H.C. Andersen Collection is the solution.

“It doesn’t matter about being born in a duckyard, as long as you are hatched from a swan’s egg”

Hans Christian Andersen is a remarkable figure in the history of literature. Already as a child he was determined to become a poet. Fully confident of his own abilities he travelled around the world in an effort to conquer it. It did not take long time before the poet had gained fame in the entire Europe. Among his most famous fairytales you’ll find titles like; ‘The Emperor’s New Clothes’, ‘The Little Mermaid’, ‘The Ugly Duckling’, ‘Thumbelina’, ‘The Princess and the Pea’, ‘The Little Match Girl’ and ‘The Nightingale’.

When he died in 1875 he was considered being one of his era’s greatest poets. Today he is still the writer whose writings have been translated into most languages.

Strictly classic or modern classic?
The choice is yours. The H.C. Andersen Collection by Damixa is a  familiar looking yet unique series that draws its inspiration from the original, two-grip tap design that was the de facto standard for decades. Until we updated and reinvented it by adding the choice of a more contemporary version with single handle operation.

The materials, shapes and details remain true to their origins.
And with the H.C. Andersen Collection, we remain true to Damixa’s long history of manufacturing taps of outstanding quality. 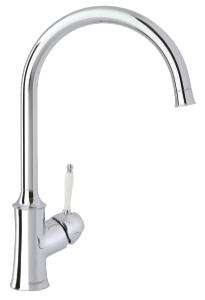 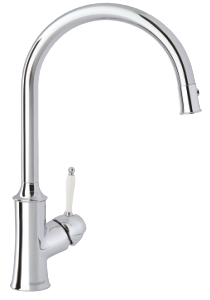 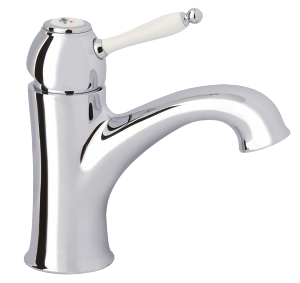 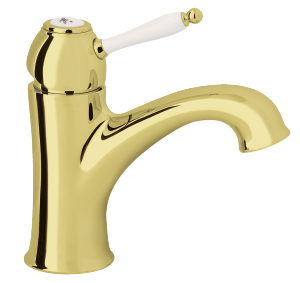 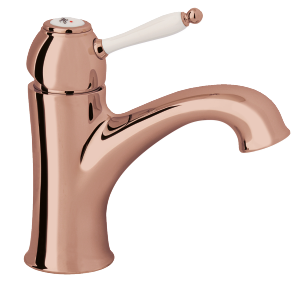 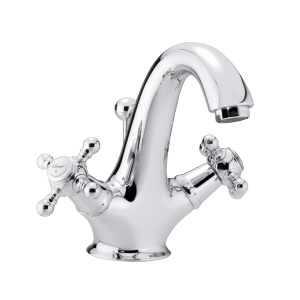 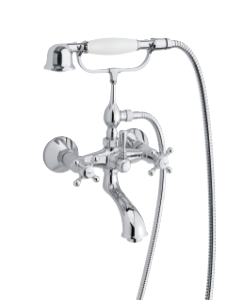 The story behind the upgrade

Claus Rantzau, an in-house design engineer at Damixa, designed a single-handle version of Tradition. He explains that the idea arose from the desire to upgrade a classic design that would incorporate the functionality of today:

“This type of tap represents a very well-known design that has been popular for many years. The style draws its inspiration from the romantic French country kitchen. An upgrade to a one-knob variant must therefore be handled with care.”

“We worked extensively on the details, to preserve all the characteristics of the old, classic tap fixture. Modern production methods supplied us with the materials, shapes, porcelain ornamentation, etc. to match the original style, while we have added modern technology and functionality to the interior.”